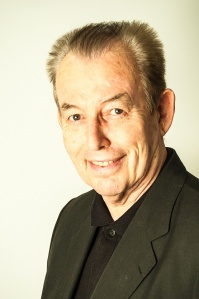 I was sitting in the coffee bar of my local gym the day after the wedding of Meghan Markle to Prince Harry and discussing the wedding coverage in the newspapers with Dev, a member of my gym class.

Dev is of Indian descent but he has lived all his life in London, and he works for a big legal firm as a strategic advisor.

‘It’s all a bit overblown,’ said Dev. ‘I mean, yes she has a black mother and a white father but it’s not as if racial discrimination is going to die out overnight just because they’ve got hitched.’

‘No’, I said, ‘that’s very true. But the media have painted it as a symbol of changing times—and I have to say they have a point.’

Dev looked at me quizzically, as if I didn’t quite understand the issues at stake. Then he smiled: ‘Something tells me you are a true Brit—queen and country and all that. A bit of a royalist?’

I laughed. It was true I did have a sneaking admiration for things royal, history and traditions, ever since I was a boy. I rather liked pomp and ceremony, at least the way Brits did them (and the French too), and I had studied kings and queens and courts for my history degree.

So yes, I had enjoyed the Royal Wedding—but just as much for what it represented as for what actually took place. It didn’t move me because it was royal and British and confirmed my tribal identity.

‘THIS LITTLE LIGHT OF MINE’

It moved me because it was inter-racial and celebratory of mixed heritage. There was a black gospel choir from London singing the spiritual ‘This Little Light of Mine’. There was a rousing, evangelist-style sermon from a senior American black bishop, quoting Martin Luther King. There was a young award-winning black cellist Sheku Kanneh-Mason playing Fauré.

And most of all, there was an American actress bride of mixed heritage supported by her cool and elegant mother Doria. And all this within St. George’s Chapel at Windsor Castle, attended by the cream of the British establishment.

‘But it’s not just me Dev. I think a lot of people liked it not because it celebrated Britishness. But because the mixed race thing was no big deal. It was kind of, well, normal.’

‘Mmmm,’ said Dev. ‘Let’s see how that pans out. One mixed race royal marriage is not going to solve racial discrimination all in one go. People are still going to stick to their tribes.’

‘That’s true,’ I said. ‘But most people were more interested in her dress and outfits than her skin colour—isn’t that’s a sign of progress? I mean maybe we’re starting to grow up. Maybe we’re ready to stop defining people simply by what they look like.’

‘Or by the tribes they belong to,’ said Dev and took a long meaningful sip of his coffee.

In the following days I thought a lot about Dev and that comment about the tribes. And I did some research. It turned out that he was right.

According to Trevor Phillips, former Chairman of the UK Equality and Human Rights Commission, Britain is now the western country in which interracial marriages are most common.

There are more than 1 million dual-heritage Brits, the largest single group being the children of white Brits and people of African or Caribbean descent. By 2030, if the term ‘black British’ is ever used, it is more likely to mean mixed-race. The usual tribal epithets will become irrelevant.

So maybe I was right too. The wedding of Prince Harry and Meghan Markle showed that mixed-race marriages aren’t exceptional. Indeed, the problem with dividing the world into tribes is that it leaves out these essential drivers of modern life.

In a unique way, the children of mixed marriages combine two different worlds, increasingly at ease in all parts of society rather than being identified by their skin color or tribe.

We are not defined by simple labels or movements or assumed loyalties. We are not one thing or another. Whatever the politicians and social media and pundits might say, we are not black and white, not even physically.

And we cannot hope to influence, guide and collaborate with other people–especially in our incredibly interconnected world–if we rely on tribal allegiances and ready-made categories.

Today’s global economy is far too fast moving and fluid to be divided into tribes.

However much populist movements and protectionists, nationalists and nativists try to divide the world based on identity — into tribes of ‘them’ and ‘us’, countries and groups, races and religions, local and global — they cannot hold back the tide of pluralism that is sweeping the globe.

And in order to ride this wave, leaders must be able to embrace complexity and change, reach out to other viewpoints and perspectives, and learn to create new combinations and richer amalgams of thought and action.

Most commentators seriously misunderstand the nature of tribes. Their view of them as primitive and insular, even violent, is common in the vocabulary of modern politics.

It’s as if the recourse to tribalism is some ancient mechanism, a return to an ancestral way of doing things. In our vague anthropology, we think of tribes as imposing unity on individuals by repetitive social customs.

Contemporary tribes such as political parties are seen as a natural refuge from inevitable conflict. They are exclusionary and conformist, offering safety in numbers and an admiration of authoritarianism. They believe in their moral superiority.

But as many anthropological studies show[1], actual tribes are characterized by surprisingly open boundaries. They experiment with other tribes’ practices and social forms. They frequently adopt outsiders.

Captured white settlers were often invited into the communal life of North American tribes (even staying in the group when liberated). Among certain tribes in North Africa, members can voluntarily leave their own tribe and join another.

Traditional tribesmen continually create forms of mutual obligation, not only within the tribe but also across tribes. Leaders of the Berbers of North Africa, for example, are commonly chosen or ratified by the group’s opponents in the belief that one’s current enemy may later be an ally.

Imagine the Republicans and Democrats in the USA choosing the other party’s leaders! What would happen if members of the populist right wing and left wing parties of Europe changed loyalties every so often?

Many tribes such as the Mae Enga of Papua New Guinea and the Lozi of Central Africa even share the practice of marrying members of enemy tribes to reduce the possibility of inter-tribal warfare.

Grandchildren are raised in different kinship groups, and a majority of tribes are multilingual due to intermarriage and strong trading relations.

Tribes do not need to be exclusionary to flourish. You might draw parallels with contemporary educational exchange between countries like China and the USA, or the incubator startups and digital entrepreneurs of Bangalore or Silicon Valley or Shanghai.

These open groups are much more like traditional tribes in the sense of being built on the cross-fertilization of ideas. They are inherently non-authoritarian, inclusive and loosely democratic.

The partisan tribes of our contemporary politics are mainly characterized by aggression and above all, a sense of moral superiority. This is in direct contrast to historical tribes.

Most of these groups, as the anthropologist Paul Dresch says of Yemeni tribes, practice an “avoidance of any absolute judgment, a kind of moral particularism or pluralism.”

This is because traditional tribes know that social isolation or claims of moral superiority limit their flexibility. They must be able to adapt to survive. They cannot adapt if they are exclusive, or if they have a rigid set of rules for every situation.

Present day identity politics borrows the warring images of tribes to make our politics much more adversarial than necessary.

It seals tribal members off from other tribes and also, more damagingly, from the diversity and accelerating technological change that is the reality of thousand of intermingling cultures across the globe.

Rather than cutting people off from each other and seeking security in smaller groups — as our current political tribes attempt — we should be embracing the opportunities of collaboration, innovation and creativity that the global economy presents.

Whether we like it or not, we are now more interconnected than ever before, and we have far less scope for thinking of people far away as “not like us” or worse, “stupid”.

All the peoples of the world are teaching each other new perspectives, different visions, unexpected connections on a daily basis. You may think of yourself a being part of the post-globalization wave.

You may consider yourself a member of a tribe that has been left behind by the rising tide of globalization. You may even be anti-globalist.

Whether your tribe is for or against globalization, we are all global citizens now. Rather than seeing the world in terms of tribal or nationalist loyalties, it is much more productive — and tribal in the traditional sense — to think of yourself as a global citizen.

This does not mean that you are a ‘citizen of nowhere’, as British prime minster Theresa May once famously declared in relation to international business élites. It does mean that you are plugged into the cultures, perspectives and customs of people of many backgrounds all across the world.

You may be following them on the Internet or via streaming devices. You may be doing business with them. They may be part of your international or virtual team.

They may be just round the corner or at the farthest end of the globe. You may access them via translation apps, or simply in the lingua franca of English, Spanish or Chinese via Skype or Zoom.

However you relate to them, they are part of your daily world and business life. Thinking in purely ‘tribal’ terms means that you are almost certainly missing out on vast areas of experience and abundance that this extraordinary wired planet of ours now offers.

Get over the old tribalism–which is in fact a caricature of tribalism. Become a leader in the borderless world that is now at your fingertips!

The leaders of the future must look beyond tribes and borders. They must cultivate an inner curiosity and malleability to thrive in many different cultural situations, and with people of many different backgrounds.

When Berber tribes find themselves in a dispute, one group may call on the leader of the other to settle the claim, in the knowledge that he will not risk his ability to form later alliances by supporting his own side.

Whether it’s developing global leaders now and for the future, or collaborating with people of different personalities, backgrounds, generations and cultures, find out how David can help position your organisation to succeed in the new global economy at www.davidcliveprice.com.

This article is abridged from David’s new book  The Age of Pluralism: Global Intelligence for Emerging Leaders.

We will be chatting soon with David about his new book, so stay tuned!

Click here to read all of David’s posts at wherewordsfailblog.com